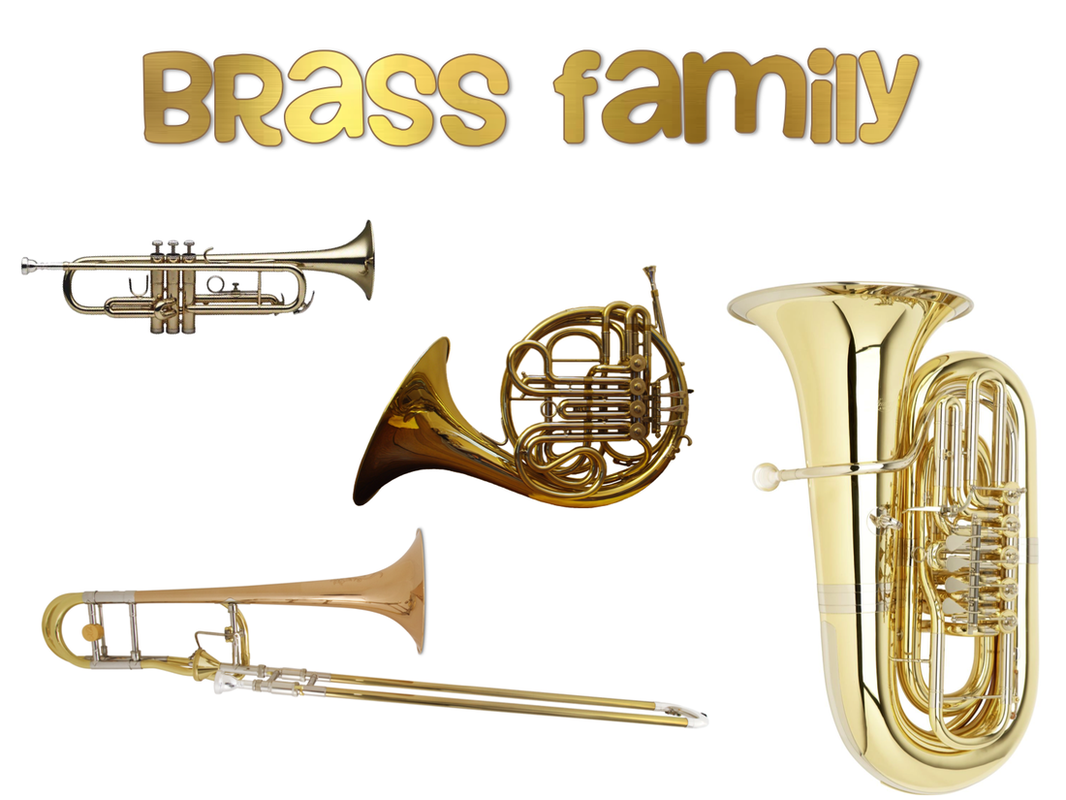 Hear them all play together...

Trumpets can reach the highest range of notes of all brass instruments.

Trumpets are in the brass family of instruments -- used in orchestras, big bands and jazz music.
The trumpet is made up of approximately 6 1/2 feet of bent brass tubes with three or four valves that players press to control the pitch and tone.

Several types of trumpets exist: the B flat trumpet, the C trumpet used in orchestras and the smaller piccolo trumpet that plays in A and B flat. The range for most large trumpets is three octaves, from the low F flat to the high C note.

The modern trumpet's roots can be traced to 16th century herald trumpets and Civil War era military bugles. A herald trumpet is a thin 50-inch long unbent brass tubing with a brass bell at the end. The herald trumpet has no valves. It was commonly decorated with a piece of fabric displaying a family crest. Military bugles -- one circular bent tube and no valves -- are primarily used by the military and manipulated in pitch by the mouth of the bugle player. 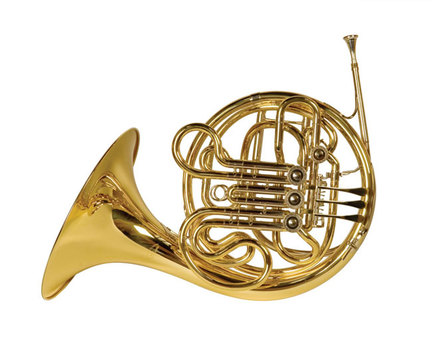 French horns have 12 feet of coiled brass tubing that ends in a flared, bell-shaped opening, where the sound emerges.

The player blows into a mouthpiece and can control the pitch through his lips and by using the available valves. There are either three or four valves, depending on the type of horn.

The natural horn is the predecessor of the modern French horn, and has no valves. It was commonly used in hunting to help assemble hunters and point them in the direction of the hunted animal.

In the mid-18th century, Anton Joseph Hampel developed the hand-stopping technique, which involved placing a hand into the opening of the bell to change the pitch. In 1815, pistons to change the pitch were introduced and later refined into valves instead of pistons. 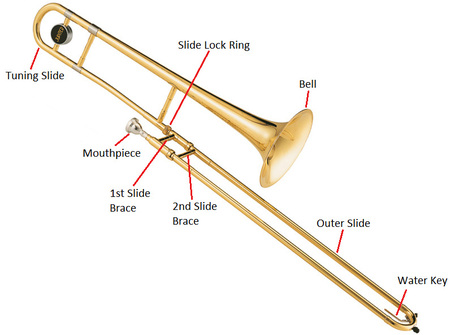 The trombone, which in Italian means "large trumpet," is a brass instrument developed in the 15th century when a slide was added to a trumpet.

The valve trombone, created in Vienna in 1820, is most commonly used in Latin countries, and by jazz musicians because of it's unique, and sometimes considered inferior, tone quality as compared to an orchestral trombone with a slide.  This slide trombone is used in most orchestras.

Water keys, or spit valves, were first seen in German slide trombones. This valve allows for the release of saliva built up from a musician playing so it won't remain trapped and ruin the instrument. All modern trombones with or without slides include a spit valve to release collected moisture.

The player has to pay constant attention to intonation and embouchure, making these instruments difficult to master. 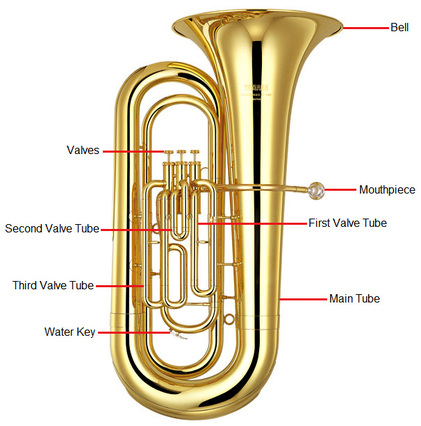 Prussian Wilhelm Wieprecht and German Johann Gottfried patented the tuba in the key of F in Prussia in 1835.
Tubas come in different keys for use in different situations. For example, tubas in the keys of F and C are most commonly used in orchestras, while those in E flat and B flat are usually used in marching and brass bands.

The tuba is made of around 16 feet of tubing and commonly has three or four valves.

To play the tuba, a player holds his lips against the cupped mouthpiece and blows air into the instrument. The pitch of the instrument is altered by opening and closing the lips as they vibrate.

The first Friday in May is International Tuba Day, which celebrates tubists around the world.

One of the champions of the tuba was German composer Richard Wagner, who wanted to use the unique sound of the instrument. Wagner championed a number of early versions of the tuba, including the serpent.