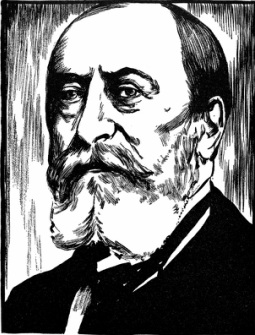 Charles-Camille Saint-Saëns was born in Paris, France in 1835. His father was a government clerk who died 3 months after his birth. At the request of his mother, Camille's great-aunt Charlotte moved in with them. She was the first to introduce him to the piano. Beginning piano lessons at the age of two, he came to be known as one of the outstanding child prodigies of his time. He almost immediately began to write music with his first composition for piano dated March 22, 1839. His talent was not limited to music, he also learned to read by age three and mastered Latin by age seven.

works - Le Carnaval des Animaux (The Carnival of the Animals). Shortly after its premiere, however, Saint-Saëns requested that the

complete collection of pieces not be performed, allowing only a single movement, Le Cygne (The Swan), a piece for cello and two pianos, to be published during his lifetime. The Carnival of the Animals was written as a musical joke, and Saint-Saëns believed it would harm his reputation as a serious composer. Instead, this work has provided a testament to the imagination and musical brilliance of  Camille Saint-Saëns.