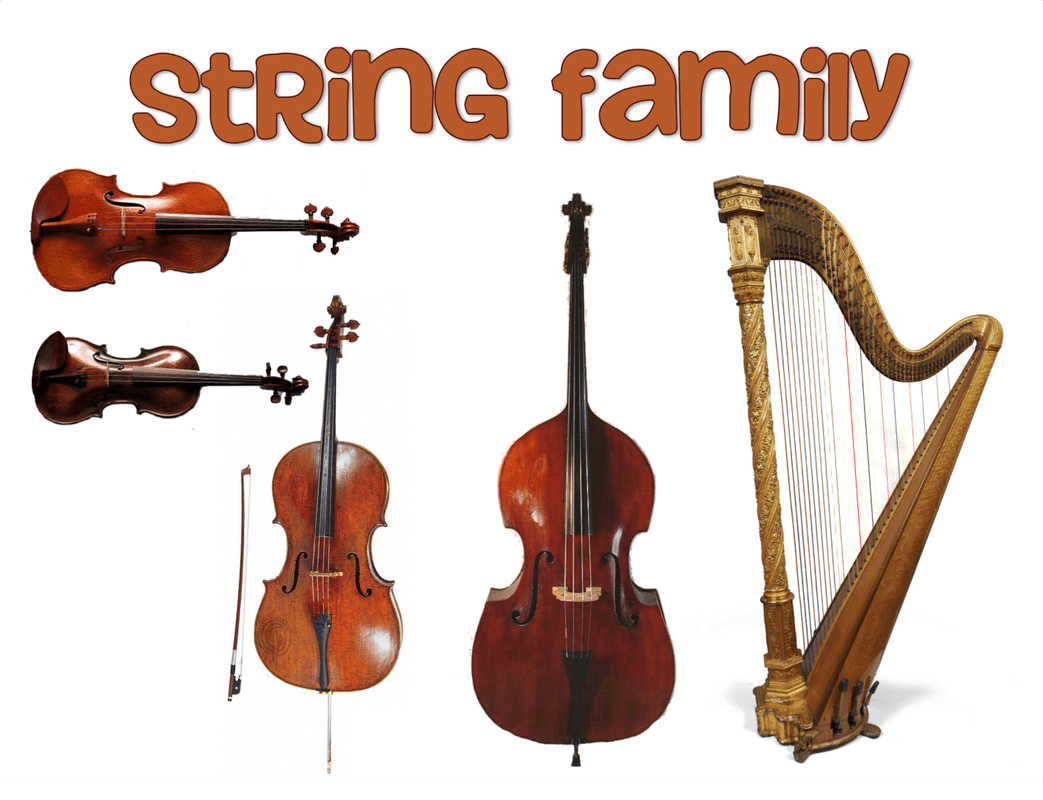 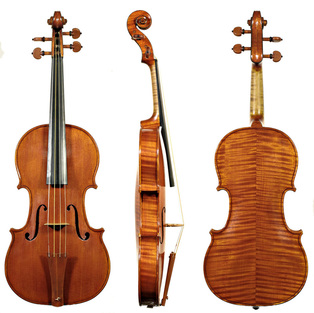 The violin is the soprano member of the family, having the highest pitched strings.

The four strings of the violin, G, D, A and E are tuned in intervals of a 5th and give the instrument a range of around 4 octaves from G3 (that's the G below middle C) to A7. It is tuned by the pegs at the top of the neck.

In western culture, Violins form a major part of an orchestra, divided into two groups, the 'first' and 'second' violins. The first chair in the first violin section is known as the concertmaster.

The violin was first developed in the early to mid 1500's. Commonly attributed to Andrea Amati. The chin rest wasn't introduced until the 1800's.

The first violinist in an orchestra is called the concertmaster. 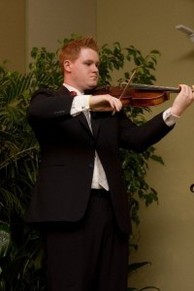 Violas are similar to violins in their body shape and in the technique used to play them. Violas are larger than violins, use thicker strings and are tuned differently.

The eighteen and nineteen hundreds brought better parts for the viola, as composers started to recognize it more as an instrument in its own right, with different characteristics.   Although this music didn't come until this time, both Bach and Mozart were accomplished violists back in the 1700's. 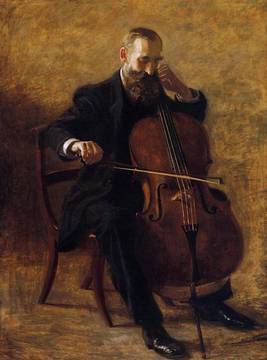 The plural of cello is celli

The cello is the second largest member of the string family. It has a warm, melodious sound and is used as a solo instrument as well as providing a bass line in symphonic and chamber music. 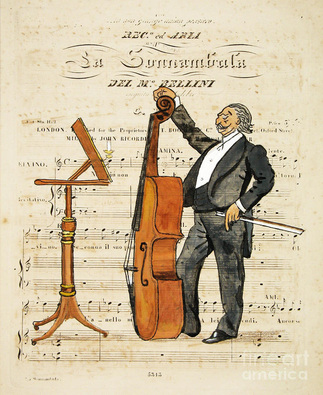 Also known as the contrabass, the double bass is the largest and lowest member of the string family.


The double bass not only provides the bass line in symphony and chamber orchestras, but is also very prominent in rock, jazz and folk as well as classical styles of music.

The double bass is large but it is not heavy, it will fit into almost any car and with items like wheels, trollies and back straps available it can be moved around without too many problems.

Because the string bass is about 6 feet in height, the player must stand or sit on a high stool. The instrument's body rests on the floor, supported by a metal peg, while its neck rests against a player's shoulder.

Like other string instruments, the body of the wooden bass is hollow, causing the sound to resonate. 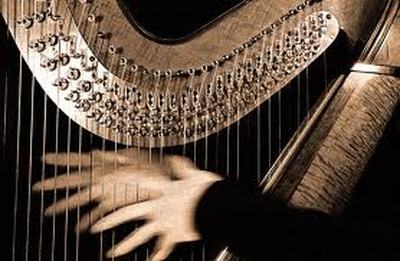 The earliest harps can be traced back well into antiquity, even as far as 3000BC. These earliest types were arched harps and angular harps.  Frame harps appeared in about the ninth century AD.

Has the largest range of all string instruments.
The modern concert harp includes 47 strings, seven pedals, a frame, a soundboard and a base. Harps can be as large as 6 feet and weigh 90 pounds.

A harpist plays using only the first four fingers on each hand. The little finger is too weak to pluck the strings with enough power.

Certain harp strings are colored and serve as a reference point for the performer. For instance, "C" strings are red, while "F" strings are black. A performer uses the harp's pedals to change the pitch of the strings. Most harp pedals are double-action, which means depressing them halfway will change the note from a flat to a sharp. 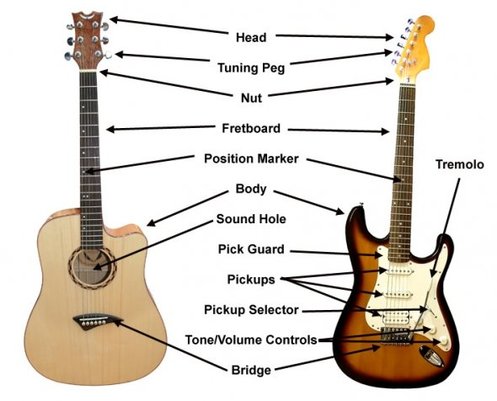 Most guitars have six strings, although some have more, and these strings are usually made of either nylon or metal.

Benjamin Franklin was another famous person who played guitar.

At first, guitar strings were made of animal guts, but in 1946 guitar makers started using nylon instead.

There are two basic types of guitars: acoustic and electric.

Stringed instruments similar to guitars have been used to make music for thousands of years. Numerous cultures have developed their own version of the guitar, and they all have different names and distinct sounds, from the Indian sitar to the Arabian oud. 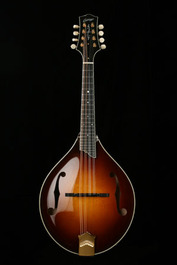 The Mandolin is a small fretted instrument with four pairs of metal strings tuned like the violin to E A D G.

The earlier mandolin, with five double strings, was developed from the mandola, a 17th-century lute.

It has a pear shaped body with a fretted neck. 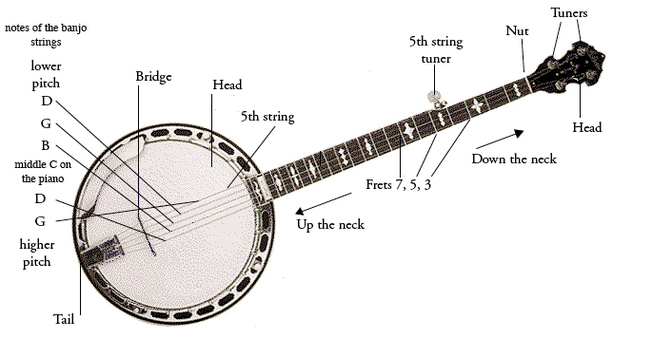 It was almost certainly brought to the New World by slaves, and as early as 1781 Thomas Jefferson, writing about slaves on his own plantation, said, "the instrument proper to them is the Banjar, which they brought hither from Africa." Many of these early "banjars" were made from gourds and played with a fretless neck.

By 1847 we have eyewitness accounts of the fiddle and banjo being played together in the South - the origin of the modern string band or bluegrass band. 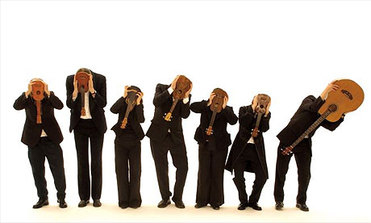