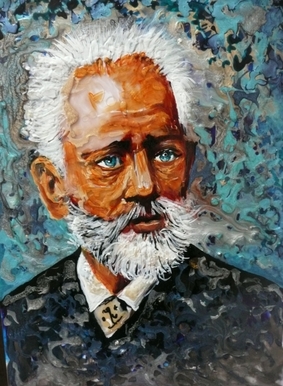 Peter Ilyich Tchaikovsky was born in 1840 in present-day Udmurtia, Russia. His father was a Ukrainian mining engineer. Peter began piano lessons at the age of five, and within three years he could read music as well as his teacher.

In 1850, Peter's father was appointed as the Director of the St. Petersburg Technological Institute. It was there that Peter received his education at the School of Jurisprudence. The only music instruction he received were piano lessons from a piano manufacturer who occasionally made visits to the school. He also attended the opera and theater with his classmates. It was the works of Rossini, Bellini, Verdi and Mozart that he enjoyed the most.

Peter's mother died in 1854, which brought him much sorrow. He responded by turning to music. It was at this time that he made his first serious efforts as a composer, writing a waltz in her memory.

In 1861, Tchaikovsky heard about classes being offered by the Russian Musical Society. He promptly began his studies. In the following year, Tchaikovsky followed his teacher to the St. Petersburg Conservatory where he accepted a post. It was at the conservatory that he met and studied with Anton Rubinstein, director and founder of the Conservatory. Rubinstein was impressed with Tchaikovsky's talent.

In 1869 Tchaikovsky composed his first recognised masterpiece, the Overture-Fantasy Romeo and Juliet. Tchaikovsky was deeply inspired by Shakespeare's writing, and in later years composed other works for The Tempest and Hamlet.

On November 6, 1893 Tchaikovsky died in St. Petersburg from cholera. His compositions are some of the greatest works of the Romantic Era, including the 1812 Overture, March Slav, and
The Nutcracker, which has become a Christmas season favorite.