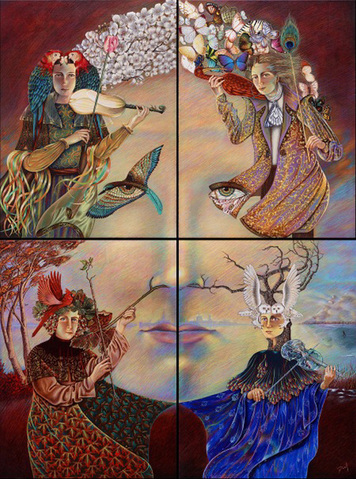 Vivaldi is recognized as one of the greatest Baroque composers.
He is most famous for his violin concertos, his choral works and over 40 operas.

CHILDHOOD:
Antonio Vivaldi was born in Venice on March 4, 1678. Vivaldi had five siblings...Margarita, Cecilia, Bonaventura, Zanetta & Francesco.  His father Giovanni was a barber that could play the violin, he taught Antonio to play at a young age and then the two toured Venice together.  At age 25, in 1703, Vivaldi became a priest.  Not long after his ordination he was relieved from his priestly duties due to his poor health. 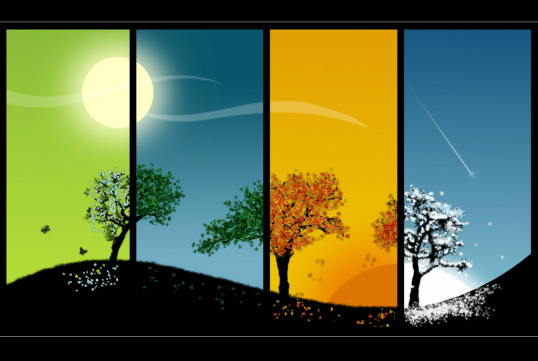 The four seasons is a set of four violin concertos.  A concerto is a work for ensemble with a solo instrument.  Each concerto usually is divided into three movements.

Each movement is slightly different so as to better depict the season that it represents.

The concertos were first published in 1725. Each concerto has three movements two faster movements begin and end the concerto with a slow movement in the middle.